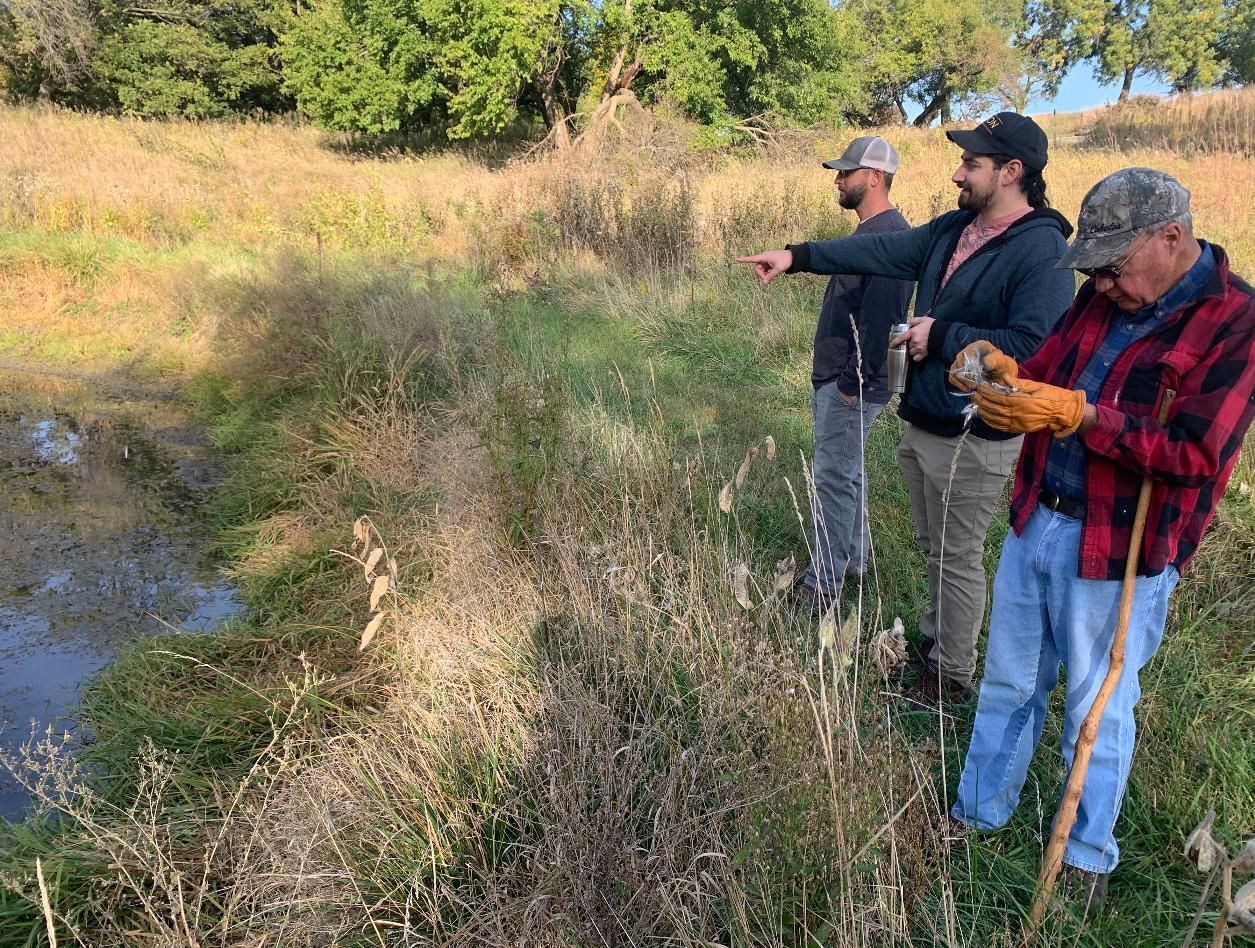 Despite this summer’s drought, volunteers have worked on the wetlands area of The Audubon Prairie to restore the pond and make it inviting as a Blue Heron feeding station.

The first challenge was to rid the pond of goldfish, which had torn up the bottom of the pond and dirtied the water. Goldfish are an invasive species that multiply rapidly. Fifteen years ago, a neighbor adjoining the prairie dumped three goldfish he no longer wanted into the pond. When ASO cleared the pond, they had multiplied to thousands.

Glenn Pollock, Natural Areas Co-chair for ASO, cautions everyone who decides they don’t want their pet goldfish to give them to a friend or humanely euthanize them rather than put them in nearby creeks, rivers or ponds. They are a hardy species that can even survive a flush down the toilet, invading our water systems.

With the goldfish gone from the pond, the water cleared and native water plants began to grow. Nebraska Wildlife Rehab placed three native painted turtles in the pond. One of them was a female with eggs, so we may have more turtles in the future. The pond is also home to a healthy population of frogs, which are a favorite food for Great Blue Heron.

A winter with above normal precipitation will allow us to do more extensive restoration next year.