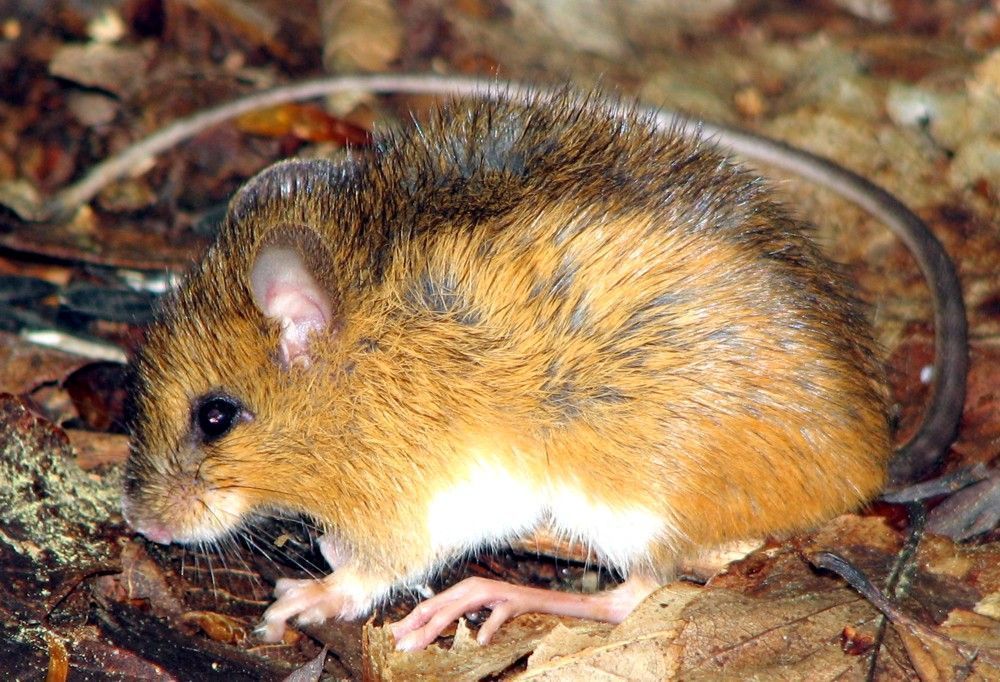 "So what do they eat in the winter?” That was a question I was asked about the small mammals that live on the prairie. Because there are several, I thought I would tell you about three small critters that live at Audubon Prairie.

Let’s start with Deer Mice. These resourceful guys start looking for a winter home in September, as many people who have homes in a rural area will testify to. These mice will find a sheltered place to store food. One of the places at Audubon Prairie Deer Mice find is my John Deere tractor. Although I cover the tractor with a canvas in winter, I still have to remove empty walnut shells and nesting materials from the recesses of the machine in the spring.

The Prairie Voles like to remain active on the prairie by making shallow underground nests and making paths through the grasses under the snow. Each year after the snow melts I find signs of the race track the voles have made under the snow. They appear to keep busy in the winter and seem to have a taste for Liatris bulbs, which I personally disapprove of. By the way, PrairieVoles are monogamist.

Now the next, and I think the best, way to survive winter is to sleep through it. We have a small mouse-like critter called the Meadow Jumping Mouse. It looks somewhat like a Kangaroo Rat but is not related. It’s small with a tail longer than its body and jumps from one place to another like a toad or frog. Chances of seeing them are rare because they’re nocturnal, but I’ve seen them at Audubon prairie at least five times. They do jump like frogs and are light brown to orange on the belly. You might only see an orange flash among the grass.This mouse sleeps underground through the winter. Beginning in October it hibernates until early spring. Apparently, it’s not safe to be a Meadow Jumping Mouse. The average female will have at least three litters of five offspring each year, but about only10% will survive. I hope you’re lucky and can meet one of our rare residents of the Audubon Prairie – just keep looking down for a jumping orange flash.