Birds of a Feather

bythe Board of Directors 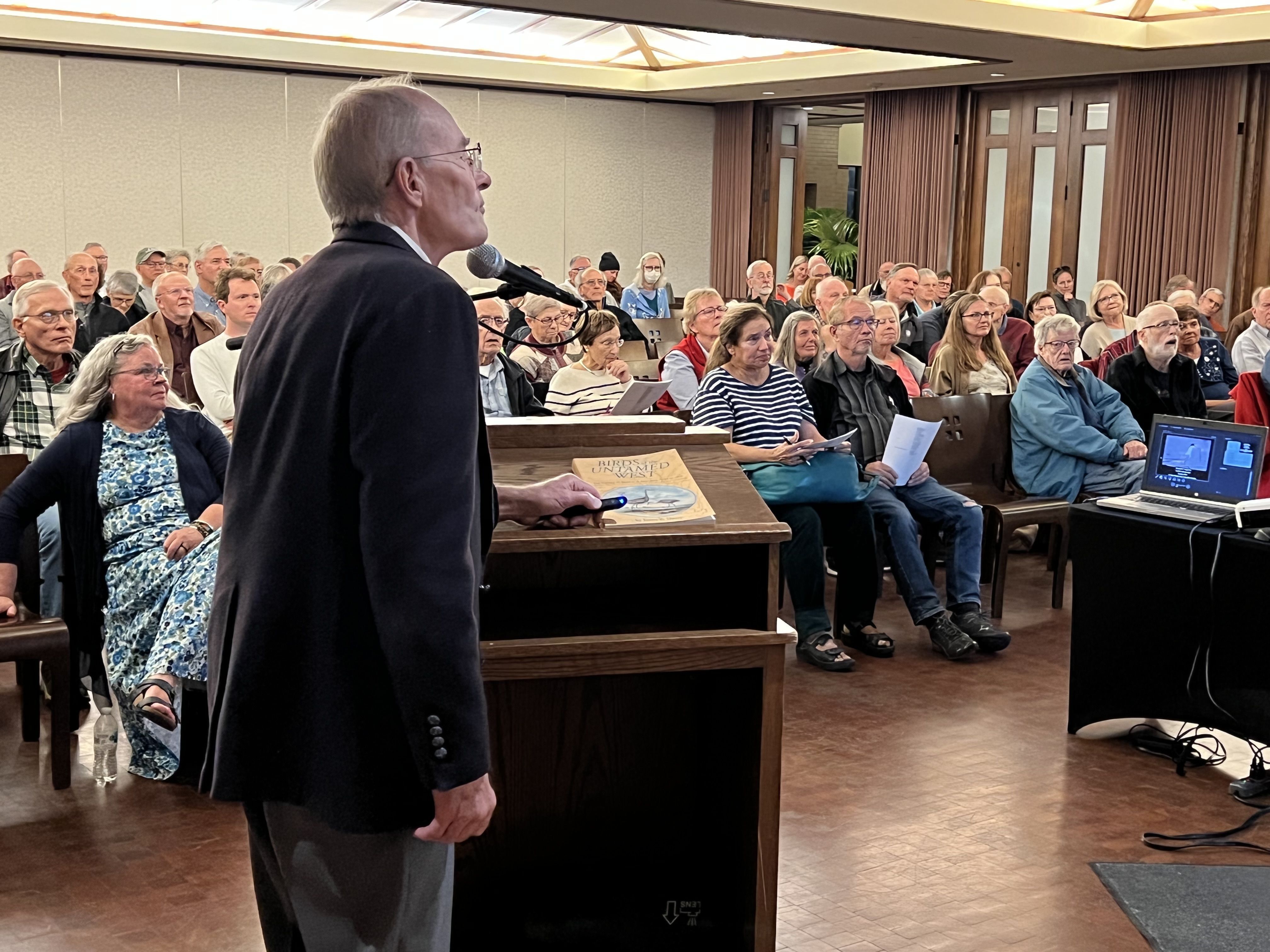 The evening of September 13 was a night to remember when scores of bird lovers flocked together to celebrate Audubon Society of Omaha’s 50th Anniversary at Lauritzen Gardens.

The evening began with private tours of the gardens and the conservatory, followed by an enlightening look at “The Birds of Lewis and Clark” by longtime member and former ASO president, Neal Ratzlaff. Neal opened his talk by welcoming Loren Padelford, and his wife, Babs. Loren served as our chapter’s first elected president after the former Bird Club, led by Dick Russell, joined the National Audubon Society. Neal is also a co-founder of ASO’s Bird Seed Sale, our club’s major fundraiser, along with Marlene Weber and John Upchurch.

Attendees enjoyed delicious bird’s nest cupcakes donated by Katie’s Cakery and shared memories of the past 50 years. They also received the book, “Birds of the Untamed West,” published and donated by Jim Ducey, another former ASO president.

The event brought together more than 150 people who, over the years, have helped promote environmental awareness to our community through education, conservation and the enjoyment of our natural heritage — especially birds.